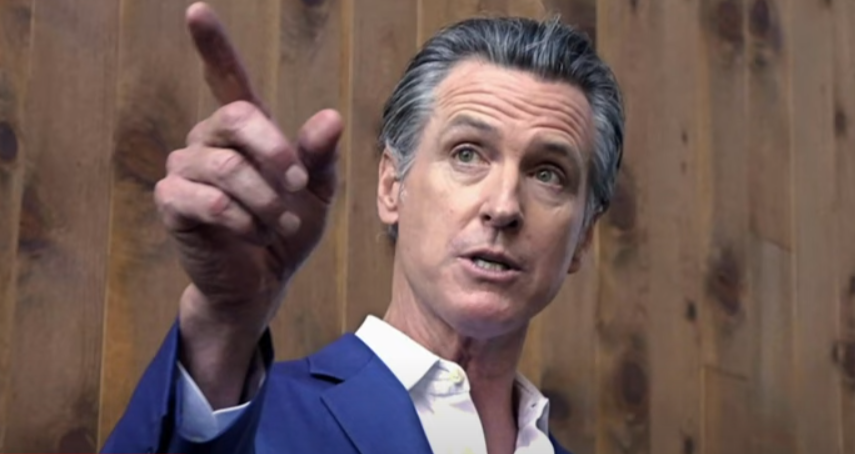 855 by 454 pixels Photo via video
FacebookTwitter

It’s something that happens all too often after a mass shooting: the media and Democrats come out calling for more restrictions on gun rights, demonizing the Second Amendment and those who support it.

This time, however, something very different happened in the aftermath of the Monterey Park mass shooting that left eleven dead and nine injured during a Lunar New Year celebration Saturday night. CBS Evening News anchor Norah O’Donnell actually did her job and pushed back on an anti-2A comment made by California Governor Gavin Newsom.

Newsom had said that the Second Amendment was becoming a “suicide pact” and O’Donnell reminded him that there are “many people in this country that support the Second Amendment and are lawful gun owners.” She also pointed out that the gunman used a modified pistol with a high-capacity magazine which is illegal in California.

What’s refreshing about this exchange is that it showed a rare example of actual journalism in the midst of a highly charged political issue. O’Donnell was right to point out the fact that the vast majority of Second Amendment supporters are law-abiding citizens who want the right to protect themselves and their families from harm.

Unfortunately, politicians like Newsom often ignore the fact that a bad guy who wants a gun doesn’t care about gun laws and will find a way to get their hands on one regardless of how strict a state’s gun laws are. This is why gun rights advocates argue that the government should not make it harder for law-abiding citizens to obtain a gun, because it’s the law-abiding people who end up paying the price when they can’t access one.

After California Governor Newsome called the Second Amendment a "suicide pact", CBS's Norah O'Donnell actually pushes back on him:

"But there's many people in this country that support the second amendment and are lawful gun owners." pic.twitter.com/pqUTmj7zG7

This episode is a reminder of the importance of journalism and the need for more media outlets to actually do their job and push back against the anti-gun rhetoric that is so often pushed by those in power. The press has been seriously lacking for years now. While I don’t think this single interview is a signal of major changes to come, it’s certainly a good sign that they’re not all garbage.