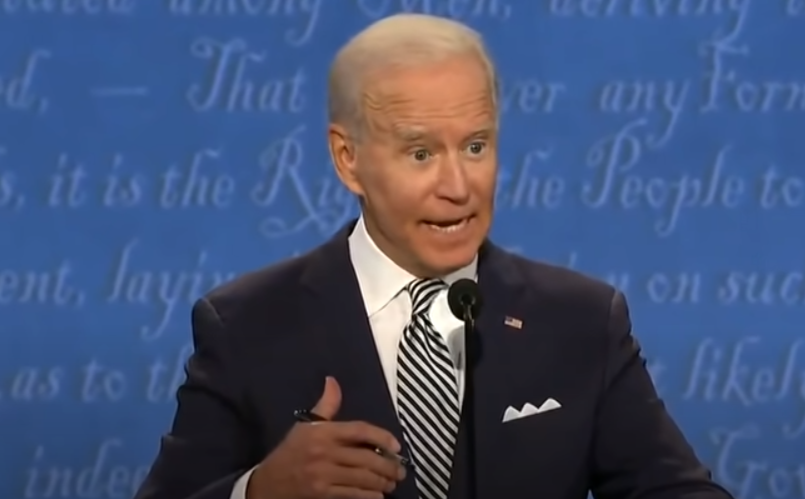 What’s the Deal with Biden and Police? Old Joe broke out the poisonous rhetoric again but this time the police have had enough. The police union leader ripped into the groomer-in-chief.

Joe Biden recently caused a stir by seeming to imply that police officers always shoot with deadly force. But Fraternal Order of Police National Vice President Joe Gamaldi isn’t buying it. He recently criticized the President’s comments on the John Solomon Reports podcast, saying that the inflammatory rhetoric “is not helpful” and “erodes the trust that we’re trying to build with our communities when you make comments like that.”

Biden: "We have to retrain cops. Why should you always shoot with deadly force? The fact is if you need to use your weapon, you don't have to do that." pic.twitter.com/S5WaUHYhff

It’s not just Biden’s comments that have been troubling. The President has yet to condemn violence against police officers, despite a 59% increase in police murders in the U.S. in April 2022.

It’s an understatement to say that Biden’s actions have been confusing. On one hand, he has asked for police retraining and called for an end to the use of deadly force.

On the other hand, he has failed to issue a statement condemning the violence. It’s not difficult to see why this is causing so much anger and confusion.

Police officers have an incredibly difficult job. They put themselves in danger every day to protect society. They deserve better than to be subjected to inflammatory rhetoric and lack of support from the President.

Biden should take a step back and reconsider his words and actions. He should make a statement condemning the violence against police officers and seek to build bridges with law enforcement, not tear them down.

The job of the President is to lead, and Biden’s words and actions on police matters are not leading in the right direction. If he wants to help bring about much-needed change, he needs to start by supporting law enforcement and condemning violence. Anything less is a disservice to the people who risk their lives to keep our communities safe.