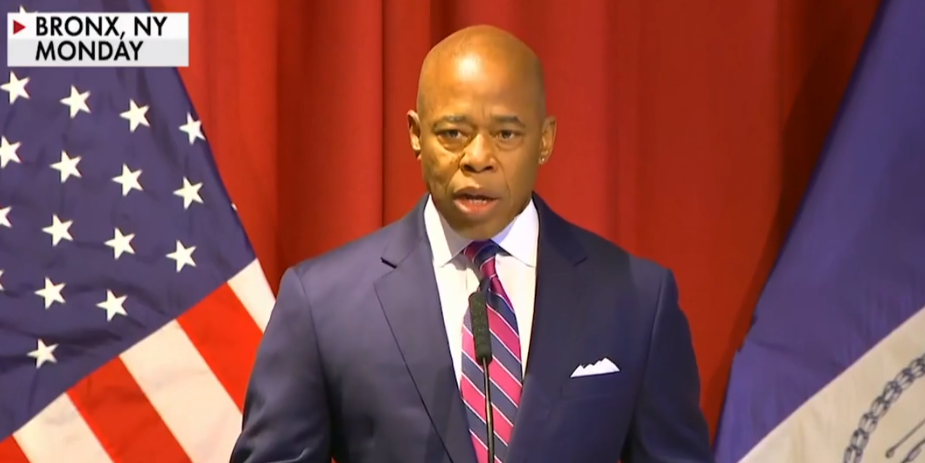 Illegal immigration is an increasingly pressing problem in the United States. And it’s not just on the southern border – cities across the nation are being overwhelmed with migrants who have been bused north in recent months, straining public resources to their limits.

New York City Mayor Eric Adams recently traveled to El Paso to get a firsthand view of the situation at the U.S.-Mexico border. He called it a “national crisis” and said that it needs “a national solution.”

That’s a big jump from Adam’s original stance where he supported cities, like New York, becoming asylum havens for illegals. Seems to me, Adams didn’t fully understand what it meant to be a sanctuary city. Now the Democrat is demanding that Biden (taxpayers) step in and pick up the tab. “It’s unfair!”, Adams said as he announced that the city’s own resources are about tapped and many legal citizens will lose their assistance.

The city has already taken in around 40,000 asylum seekers since the spring of 2022 and opened 74 emergency shelters and four humanitarian relief centers. In the last week alone, 3,100 asylum seekers arrived in the city, and 835 arrived on a single day. This influx of migrants is estimated to cost the city up to $2 billion.

The situation is becoming increasingly dire and it’s a shame that it had to reach critical levels in his own city for Adams to recognize the problem.

This lack of action is not only putting an enormous strain on public resources in cities like New York and El Paso, but it’s also making it easier for criminals and terrorists to enter the country. This is why it’s so important that the federal government take swift action to address the issue of illegal immigration.

Until then, cities like New York, El Paso, and many others will continue to be overwhelmed by the influx of migrants. This will take a toll on their resources, their economies, and their safety. It’s time for the federal government to act now and put in place stronger measures to combat illegal immigration.