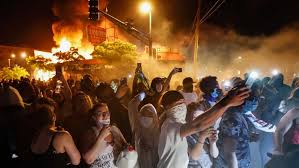 As the country continues to be plagued by riots and civil unrest, the latest example of this destruction took place in Atlanta on Wednesday when an Antifa protester was killed in a police shootout.

The incident began when Georgia State Patrol troopers attempted a “clearing operation” of the future site of the $90 million Atlanta Public Safety Training Center. During the raid, a man inside a tent in the woods refused to comply with authorities and opened fire on a trooper without warning. The trooper was injured and law enforcement returned fire, striking and killing the protester.

The Georgia Bureau of Investigation (GBI) reported that they found a handgun and shell casings at the scene. Four other protesters were arrested and charged with domestic terrorism and aggravated assault on a public safety officer.

In response to the incident, Antifa has called for a “night of rage” this Friday against law enforcement officials. In a statement released on social media, the group has threatened “reciprocal violence” and called for retaliation.

This type of lawless behavior is unacceptable and must not be tolerated. We must remember that these are not peaceful protesters, but rather domestic terrorists, who are looking to cause as much destruction and chaos as possible.

Thankfully Georgia law enforcement officers are taking a stand against the violence and chaos caused by Antifa’s actions. It is encouraging to see that the government is taking a strong stance against the criminal behavior of these protesters.

The incident in Atlanta is yet another example of the violence and chaos that is plaguing our country. We must continue to stand together and fight against these domestic terrorists who are intent on destroying our country. We must not allow their hateful rhetoric and violent acts to go unchecked. We must stand together and send a strong message that this type of behavior will not be tolerated.