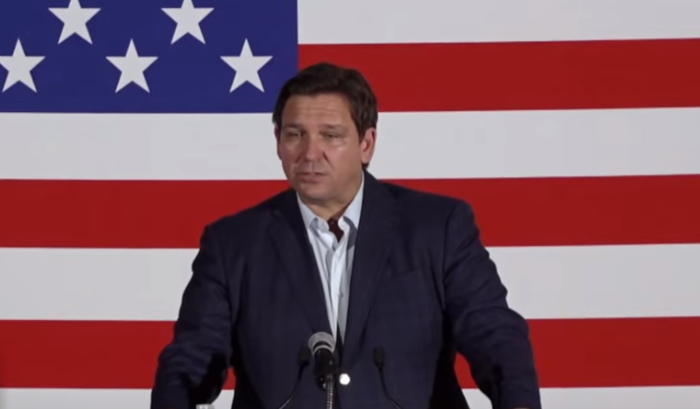 Governor Ron DeSantis laid out a clear path for other Republicans to follow. Florida was the only state to really experience a red wave and was left with a Republican supermajority. While the other states might be disappointed with their election results, DeSantis rallies the troops and demands that the GOP get it together, “There is no substitute for victory” he said during a 25-minute speech on Saturday at the annual leadership meeting of the Republican Jewish Coalition.

“We added four new Republican congressmen to the U.S. House of Representatives from the state of Florida,” he said. “We secured supermajorities in the Florida legislature, the most Republicans we’ve ever had in Florida history. We helped elect 26 new conservative school board members all across the state of Florida. And we even won the state House seat that includes Miami Beach, not typically viewed as a Republican stronghold.”

“And because of the support of so many of you to our campaign, we delivered the greatest gubernatorial victory in the history of the state of Florida,” he continued. “We dominated with independent voters, we secured record margins with Hispanic voters, we swept the suburbs all across the state of Florida. Our margins with rural voters were gravity-defying, we won by double digits, Miami Dade County. We won for the first time in almost 40 years, Palm Beach County.”

DeSantis said that the election results showed that the state should be the “blueprint for success” for the party moving forward.

“And I think some of the things that we do that work are we’re all about exercising leadership and delivering results for the people that we represent,” he said. “I did not take any polls when I became governor all the way through this entire term. The job of a leader is not to stick your finger in the wind and try to contort yourself to wherever public opinion may be trending on one given moment. No, the job of a leader is to set out a vision, to execute that vision, to show people that it’s the right vision and to deliver concrete results. And when you do that, the people respond.”

DeSantis then highlighted numerous policy initiatives that he took on during his first term as governor, including several on the cultural battlefield, like fighting against woke indoctrination and fighting to protect women’s sports.

“What we’ve shown in Florida is you can stand up for truth, you can stand on principle, you can fight the woke elite, and you can win,” he said. “And I think this is important because the survival of the American experiment requires a revival of the enduring American principles that make this country unique. And Florida’s formula is everything we do is rooted in those founding principles of our country, we douse it with a very heavy dose of common sense, which is in very short supply nowadays. And we buttress that, with having the courage to lead on issues where you know, you may get incoming fire, but that’s the price of leadership nowadays.”

DeSantis also slammed Biden for demolishing the American dream in two short years adding that “in times like these, there is no substitute for victory.”

“We in Florida are the light, freedom will reign supreme with Florida leading the way,” he added. “I can tell you this, we’ve got a lot more to do and I have only begun to fight.”

DeSantis was able to build a strong community through his leadership during the pandemic. I think many of the lockdown states lost confidence in their leadership as information and rules changed constantly. Now the question is; will the other Republicans follow DeSantis’s plan and build their own strongholds?