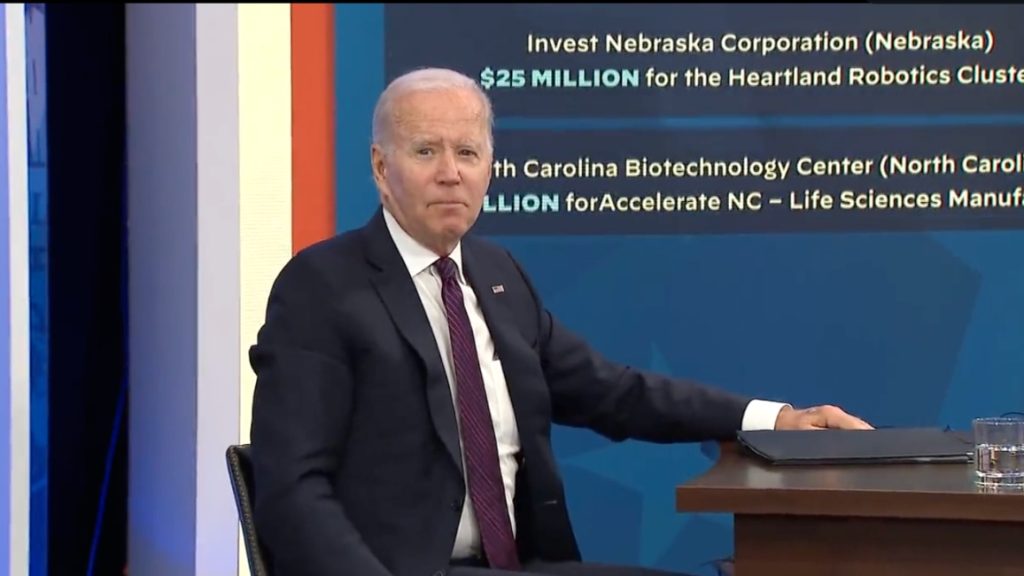 When asked about the anti-MAGA remarks made during controversial speech last night, Biden said he actually doesn’t consider any Trump supporters to be a threat to America.

“I don’t consider any Trump supporters to be a threat to the country,” Biden declared, before explaining that he specifically has a problem with those who believe he won the 2020 election through fraud.

“I do think anyone who […] refuses to acknowledge when an election that has been won, insists on changing the way in which the rules you count votes, that is a threat to democracy,” Biden explained.

President Biden: "I don't consider any Trump supporters to be a threat the country. I do think anyone who […] refuses to acknowledge when an election that has been won, insists on changing the way in which the rules you count votes, that is a threat to democracy. Democracy." pic.twitter.com/g6Aep5ZqX2

In his speech Thursday night, standing before blood red lights with marines standing at attention behind him, Biden declared to the entire world that “Too much of what’s happening in our country today is not normal. Donald Trump and the MAGA Republicans represent an extremism that threatens the very foundations of our Republic.”

Biden added that “there’s no question that the Republican Party today is dominated, driven and intimidated by Donald Trump and the MAGA Republicans. And that is a threat to this country.”

“And here, in my view, is what is true: MAGA Republicans do not respect the Constitution. They do not believe in the rule of law. They do not recognize the will of the people,” Biden claimed.

I can’t believe this is a real photograph. It depicts the president of our nation, as he took to the airwaves and spoke about his fellow citizens as if they were sewer rats. pic.twitter.com/bWYxHJfqTa

“They refuse to accept the results of a free election, and they’re working right now as I speak in state after state to give power to decide elections in America to partisans and cronies, empowering election deniers to undermine democracy itself,” he said.

“MAGA forces are determined to take this country backwards,” said Biden. “They promote authoritarian leaders, and they fanned the flames of political violence that are a threat to our personal rights, to the pursuit of justice, to the rule of law, to the very soul of this country.”

In response to the president’s remarks, President Trump accused Biden of threatening Americans with the “possible use of military force,” and added that the president must be “insane” or suffering from “late stage dementia.”

“If you look at the words and meaning of the awkward and angry Biden speech tonight, he threatened America, including with the possible use of military force,” President Trump wrote. “He must be insane, or suffering from late stage dementia!”

Jean-Pierre told reporters during a White House press briefing that “when you are not with where the majority of Americans are, then that is extreme, that is an extreme way of thinking,” seemingly suggesting that any opposition to the dictates of the Democratic Party amounts to radicalization.