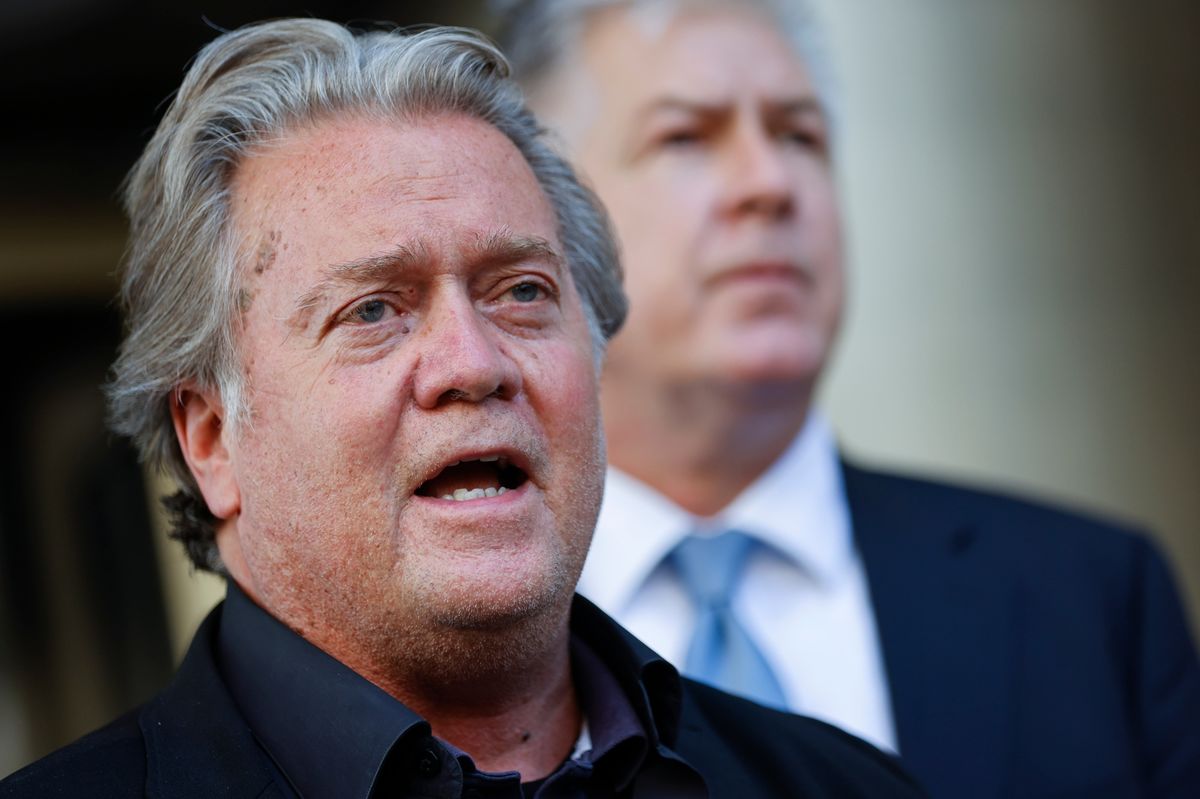 In the entire United States, there are only a select group of public influencers that can effectively mobilize their supporters to actively take place in their peaceful resistance to the political establishment’s Communist activities.

Steve Bannon is one of them, a constant thorn in the flesh of the monster currently dominating Washington, DC, namely both political parties.

Bannon is the host of The War Room, a highly successful cable news show and podcast, political strategist, and former investment banker. He previously served as the White House’s chief strategist in the administration of U.S. President Donald Trump during the first seven months of Trump’s term.

Bannon says someone called in a false report of violence to local police, causing them to send armed police to his home on Thursday night, right before Biden’s speech.

The practice of calling officers to a home under false pretenses is becoming a more popular tool for fascists, and has become known as “swatting.”

Right-wing podcaster Tim Pool has also been ‘swatted’ a few times while broadcasting live on air.

Republican Rep. Marjorie Taylor Greene of Georgia was a recent victim, with police sent to her home to deal with a reported shooting that never took place.

Police were summoned to Bannon’s Washington, D.C., home at 7:17 p.m., according to the Daily Mail. President Joe Biden delivered an address to the nation at 8 p.m. ET, labeling former President Donald Trump and his supporters as extremists who “[threaten] the very foundations of our republic.”

Bannon said the Biden administration is culpable for the fake call targeting his home.

“This is 100 percent triggered by the White House,” he told the Mail.

“The White House is trying to use this type of violence. They’re stirring up the unstable people on the far left to do this,” said Bannon, who experienced a swatting incident in July as well.

Bannon said the call was meant to have a fatal outcome.

“The calls are very specific and the calls are to trigger the police to use deadly force,” he said.

“These people show up as they’re supposed to. Because they think they are coming into emergency situations.”

However, noting that it only takes one slip in a high-stress situation for an accident to happen, Bannon said, “What’s happened to MTG and myself is they’re trying to get us assassinated, by using law enforcement.”

“I’m never going to stop so they’ll have to kill me first,” he said. ”And if they kill me so bad.”

In a post on GETTR accompanied by a photo of Biden speaking on Thursday, Bannon wrote, “A speech, a photograph, a moment that will live in infamy.” 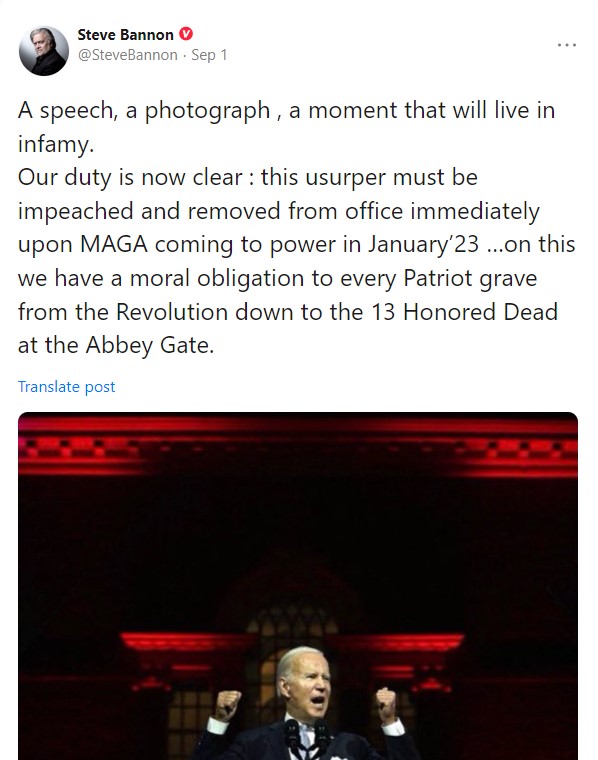 Unlike most who claim to be in the fight for liberty, but then fall away as the battles increase, Bannon, Greene, Poole others are in it to win it.

This means they should all expect to see even more efforts to take them down, but I don’t expect them to retreat, especially Bannon.